Congratulations to Federica Martinelli who has been selected as the second GeM scholar.

Federica Martinelli is a 25 year old student who graduated with honours at IUAV University in Venice in the Conservation Master’s programme in 2018.  She is the second recipient of the Gloria e Marco award, a scholarship set up in memory of Gloria Trevisan and Marco Gottardi, the two young Italian architects who lost their lives in the Grenfell Tower fire in 2017.

Born in the South of Italy, Federica began to study architecture at the University of Parma and then proceeded to focus more closely on conservation during her Master’s years in Venice. Here she broadened her knowledge of historic buildings and graduated with a restoration project as her thesis titled:  “The Towers of Bacchus.  A Project for the Restoration of the Gamerra Barracks – an abandoned building turned into an innovative winery”.

As last year, the selection for the Award took place on the basis of material submitted by the candidates and a Skype interview. Federica was chosen from a shortlist of excellent candidates from IUAV.  The GeM interviewing panel were impressed by her thesis work based in the city of Palmanova, located in the Friuli Venezia Giulia region, with the aim of enhancing the attractions of this city and giving a new example of urban regeneration to a military site.

The proposal is for the restoration of the Gamerra, a Napoleonic barracks built in 1812 in Palmanova.  Severe in appearance and modular in the regularity of its form, the Gamerra is just one of the many abandoned defensive sites, these properties having been given up by the State during the 1990s, following the demilitarisation of the city. The restoration project was based on a careful analysis of the construction methods, the materials employed and of the pathologies of decay which have developed over time in this neglected building.  The aim is to turn the Barracks into a tourist and sales centre to promote the value and quality of the local produce of Palmanova.

The architectural model chosen is that of a cellar for ageing wine, this being one of the specialties of the region, which could boost the region in many respects. As Federica noted in her interview, when she explained her project, her work aimed to give new life to this important military monument in Palmanova which would otherwise risk demolition, taking its history with it.

Looking forward to her time as this year’s Gloria e Marco Scholar, she said “I am very interested in learning about the theories and methods for the repair and conservation of historic buildings in the UK, including in particular repairs to stone façades and historic roof structures.  I am also keen to explore the adaptive reuse of buildings from the Industrial Revolution in England.” 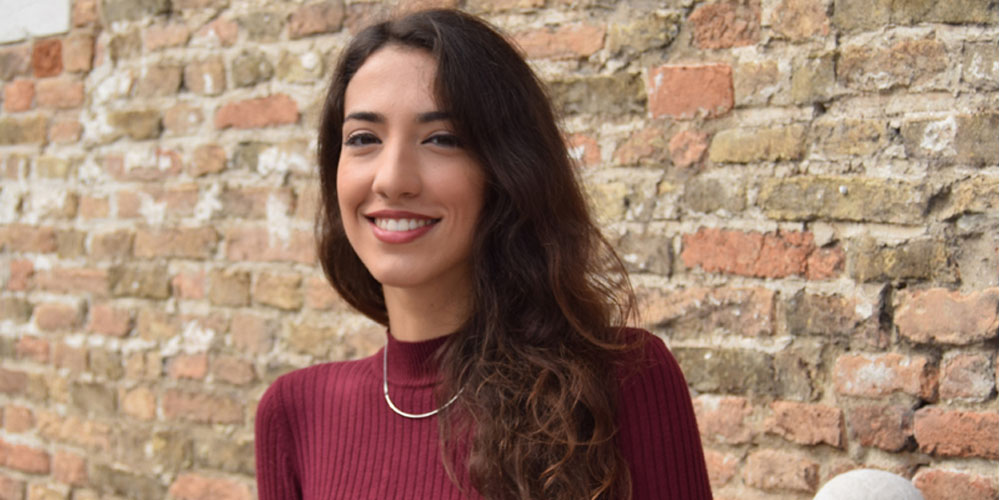