We have discovered fascinating historic remains following the demolition of the old link building. Stationers’ Hall has taken various forms over the last 500 years and we have found remains from just about all of them! Tudor door thresholds, medieval tiles, Georgian foundations and 50s concrete. Many of the old paving stones and bricks that have been unearthed have evidence of charring believed to be from when the Hall (although not the archive) was destroyed by the Great Fire of London in 1666.

We have been working closely with the City of London, Historic England and the UCL’s archaeology department to uncover and record as much as possible. Although not unexpected, the extent of the historic fabric is far more significant than previously imagined and updated foundation designs have been produced by the design team to respond to the situation. Find out more on the Stationers’ Hall website. 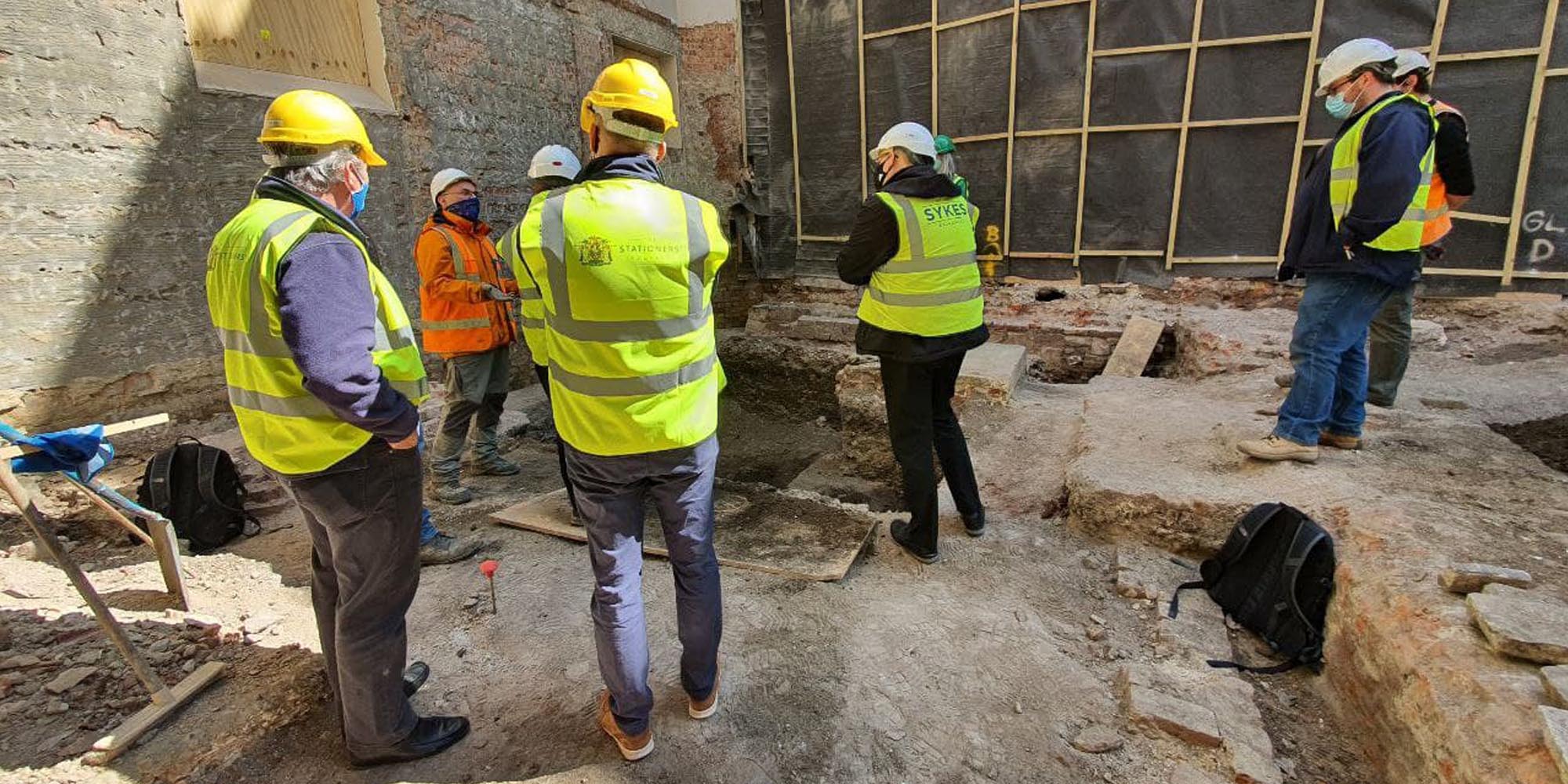